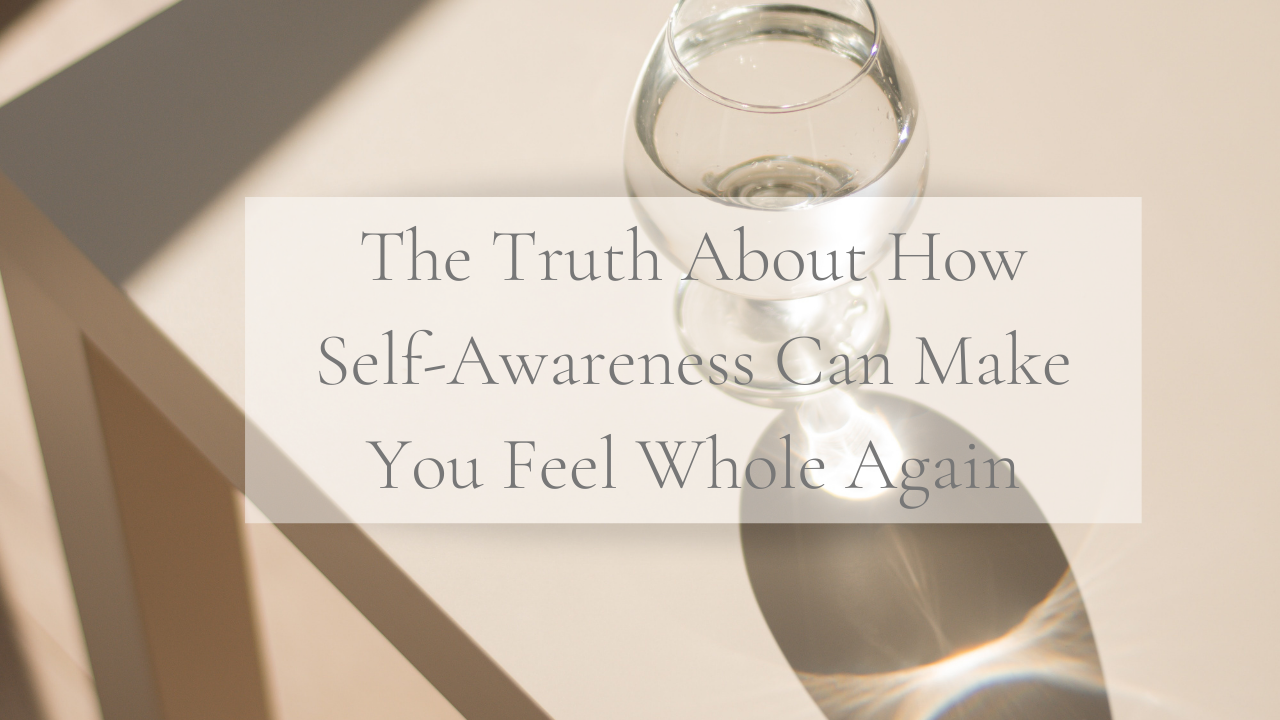 Self-awareness....we hear all about it but what does is really mean?

It's the building block of many other healthy habits because it’s the ability to be introspective, observe yourself on a deeper level, and make the changes you desire!

The first layer is the well-formed bottom crust. When forming a quiche from scratch, the crust is hardened separately and before any of the filling is added. That way it forms a firm foundation for the things to be layered on top!

The ingredients for the “crust” of self-awareness are:

The practice of being a neutral observer of yourself.

This means that while going throughout your day you notice what thoughts and emotions arise within you in different interactions, and resist making a judgment about them, but instead just making mental notes.

The practice of thinking about what you have observed and finding correlations in thinking patterns.  Again, not using judgment, guilt or shame, but getting to the root of what and why behind the thinking patterns you have developed.

The practice of realizing what patterns of thinking no longer hold value for you. Things that are based on what you believed were valid that were possibly expected of you from someone else, rather than aligning with your innate value system.

The practice of giving yourself grace and forgiveness for having believed something in the past, and letting go of the need to keep it going since the belief no longer serves your value system.

The practice of self-inquiry or asking yourself what you truly desire in life for yourself and others. Making a commitment to following your values and not being swayed by other’s expectations or value systems.

The practice of creating thinking patterns that are in harmony with what you value, so that what you think, say, and do are all in agreement.

The practice of accepting yourself even when old patterns reoccur, to notice them and to mindfully recalibrate back to positive growth. Developing habits that create peace and personal fulfilment instead of habits that cause guilt and shame.

The practice of becoming stronger because you now act from a place that resonates with what you believe in and have removed the mental clutter and confusion of what “should” be done to what you want to do.

The practice of being aware of yourself and of those around you. Extending peace and grace to others, modeling self-awareness as a way of being. Encouraging others to form healthy habits.

The practice of staying in a grace relationship with yourself and others. When negative feelings of hate or bitterness arise, to be able to consciously notice them and chose to transcend the situations that cause these feelings and stay grounded in self-worth which promotes love.

The benefits of self-awareness are vast and wonderful. You become less reactive and more mindful in your decisions because you are looking at the “why” behind them.

You are also creating emotional intelligence because you will have learned to be a neutral observer of yourself, so when an emotion arises you are free to feel it but not necessarily act on it until you understand its roots.

The more self-aware you allow yourself to become, the more you'll find the inner peice that will allow you to feel whole again.

If you still need a little push, I think I have something that can help.

I have a free workshop coming up that could help fill that gap!

Look forward to masterclasses, seminars, and community conversations. We don't want you to miss anything! Sign up below and we'll keep you up-to-date on all things Sisterhood Conversations. We're better together.

Take control of your finances with this free 4-step guide.